Fab day at the Abu Dhabi Grand Prix. Would have been nice to see Lewis Hamilton clinching another world title but hey ho – good that he finished 1st and we got to hear the National Anthem.

It was a shame that Jenson Button didn’t finish the race as he starts his sabbatical but good to see Felipe Massa finish at his final GP. I did panic earlier at the autograph signing when he was chatting to the audience & it suddenly went quiet – I thought he’d keeled over but it was a power cut 😵

Anyway if any teams are ever short of a driver, Shivra our taxi driver would be a good candidate. After the drive back to the hotel I certainly don’t feel like I need to experience the Ferrari World roller coaster ride any time soon 🙈🎢

Three years on it is still difficult to comprehend that Martin is no longer with us. I know many of you are thinking of him today when he lost his battle with cancer. He fought to the end and was his industrious self right to the end. I’m not quite sure what my mum and the nurse made of him telling them ‘if they’d nothing to do they could brush his van out!’ This is something that will always make me smile.

It will be an especially difficult day on the 20th November when he should have been celebrating his 50th birthday. If anyone would like to join Chris and I for a drink at Rems you are more than welcome. I will get there between 5.00-5.30pm and we’ll raise a glass at 6.00pm 🍸

My trip to see Twopence to Cross The Mersey today didn’t materialise as my cold took hold. I didn’t dare go to a play coughing and spluttering. Joanne organised it months ago so really annoyed that I’ve missed out. I especially wanted to see the play as my mum was brought up in Wallasey so the Mersey ferry was part of her early life. 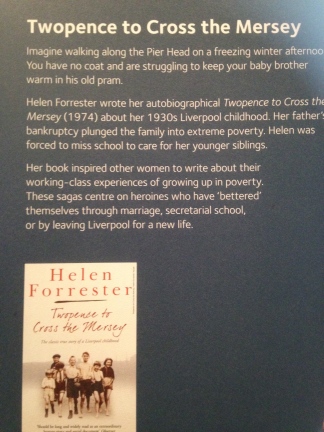 As many of you know November is going to be a busy month for me with mixed emotions.

Today Chris and I are celebrating our 2nd Anniversary. Yes it was two years ago when Chris took me at my word, that I ‘enjoyed walking’ and we went for a hike, sorry stroll round Lyme Park – thank goodness it wasn’t Kinder Scout or else I don’t think I’d be writing this………

After me dropping several hints a card was left on the side this morning – It said ‘Wishing a lovely couple a wonderful day’ – oh well, it’s the thought that counts. I would be having a lovely day if I wasn’t full of a cold and our first anniversary last year was spent in Paris which was very romantic 💞

We’ve had an amazing two years that have absolutely flown by. It’s already 6 months since Chris proposed which seemed to have escaped the radar of some friends (i.e the people that Chris was meant to tell) as we received a lovely engagement card on Saturday night 😂