It’s hard to believe that Brooke has been part of my life for almost three years. He was Martins dream car. I’m glad I persuaded Martin to buy the Aston and he enjoyed driving the car immensely in the short time that he had left. I’ve also enjoyed two years of driving this beautiful car, shared in the last 16 months with Chris, who drove him properly – unlike me who was overtaken on numerous occasions.

Brookes journey began with Martin & I on 1/5/2013. When we arrived home, Phil, our neighbour christened him Brooke as in ‘Brooke Bond’ and this name is what we’ve all become familiar with. He was even serviced at Brook Park at Handforth Dean. 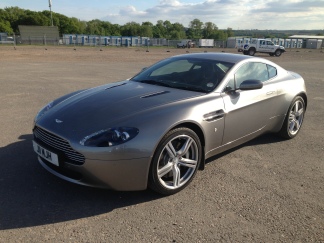 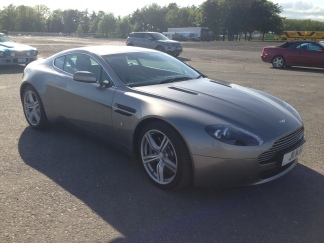 We took him to the Donnington race track in June 2013 where he did a lap of honour round the circuit to commemorate Aston Martin’s 100th year. Some of you may remember the car in front of us broke down and we lost sight of the other cars so ‘Brooke’ led us into the pit lane with the rest of the Aston Martins following where we gate crashed the winners podium event (probably one of the most embarrassing moments of my life).

When Martin passed away I thought it would be a fitting tribute to lead the funeral procession with Brooke. I was praying that we’d have a snow free day.

My intention to sell Brooke was put to one side as I learnt to drive this amazing car and fell in love with it. Since then Brooke has been on many outings mainly to Chatsworth where he’s relatively safe. He’s been to a supermarket car park a couple of times and fortunately not had any altercations with any trolley’s. 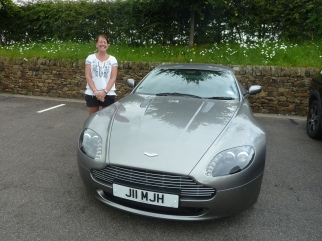 He’s also on some occasions had us puzzled and reaching for the instruction manual!! 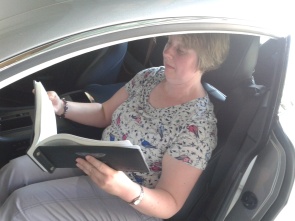 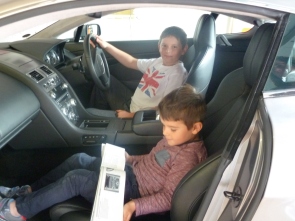 He’s now gone to Brook Business Park on Brookhampton Lane, very near to where he originated from at the Aston Martin garage in Gaydon. Here he is, in his new home with lots and lots of Aston Martins. 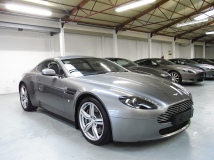 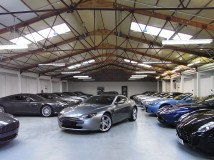 Surely not – this would be far to straightforward. My method is to splash the whole of the surrounding area and myself with the expertly frothed milk, it’s far more amusing. Fortunately no one was injured in my latest escapade but the location of the accident book has been noted.

There are more ‘milk antics’ in my book, Under a Greek Spell (I’m now at the ‘sending to agents stage’ so everything crossed). When it’s published it will be something to read with a delicious cup of coffee from The Mustard Seed.

It was quite a pleasant day on Saturday for a walk around the beautiful Lyme Park estate. We were joined by Jen and Ron. Jen is in the middle of training for her 100KM London to Brighton walk in May with her niece Amanda.

Chris and I did this walk on our first date when he helped me with a couple of tricky bits. This time however I was left to my own devices and managed to slip down one of the muddy embankments (I hate mud!) I did the splits sideways and fortunately a plant stopped me disappearing to the bottom. Luckily there wasn’t too much damage, just some muddy hands, a sore knee and a squashed plant.

I turned up for duty to help Val at The Mustard Seed and we’d inadvertently created a new uniform.

I’m getting to grips with the rather sophisticated coffee machine and holding the milk wand at the right angle to produce milk frothed to perfection for cappuccinos and lattés. At least I didn’t steam the windows up this week!!

I should be up and running on my own after Easter and doing my star turn on a Thursday morning so I’ll look forward to seeing you all.

Went to see Mary Poppins at the Palace Theatre in Manchester with Anne and Joanne. We all enjoyed this fantastic feel good musical. I’d seen the film on TV but this was the first time I’d seen it on the stage. The dazzling costumes, choreography, and seamless set changes were amazing. We loved Mary floating magically up at the end and of course the song, Supercalifragilisticexpialidocious was ringing in our ears for the rest of the night. 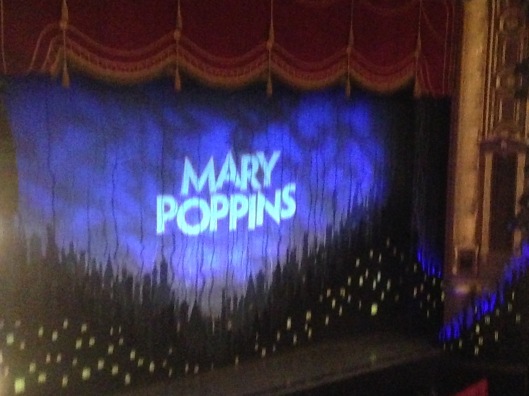 While we were visiting South Wales we had the opportunity to see my other nephew Harry on the stage as a weasel in The Wind in the Willows. The Cilgerran Players were really good, bringing the characters alive – especially Mr Toad with his antics and self admiration. ‘Ho, ho, I am The Toad, the handsome, the popular, the successful Toad!’

I loved reading The Wind in the Willows as a child, so found my treasured childhood book and had a flick through – this is a snippet of Toad’s antics, he just doesn’t seem to be able to get the hang of driving a car.

Then he burst into song again, and chanted with uplifted voice-

‘The motor car went Poop-poop-poop,
As it raced along the road,
Who was it steered it into a pond? 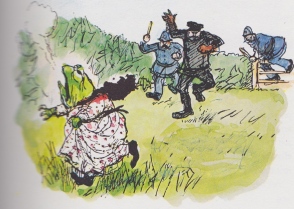 A slight noise at a distance behind him made him turn his head and look. O horror! O misery! O Despair!
About two fields off, a chauffeur in his leather gaiters and two large rural policeman were visible, running towards him as hard as they could go!

Chris, Lizzie, Sam and myself stopped in the quaint hamlet of St Dogmaels near Cardigan in the February half term holiday. The main purpose of the holiday was to visit my new nephew.

Beau David Christopher arrived on 27.1.2016, he was three weeks old when we visited. An inquisitive baby with long hands and feet – maybe a future olympic swimmer or surfer – well he does live near the sea.

We all had a cuddle of the new baby, before swiftly returning him when he started crying for his feed and nappy change 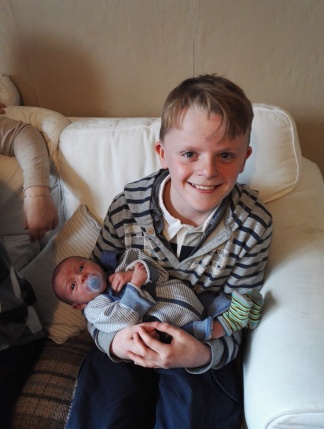